Since 1990 – doctor, plastic and reconstructive surgeon at Kaunas Academic Clinics, Department of Plastic Surgery and Burns.

Dr. Rimdeika defended his PhD thesis “Effectiveness of surgical methods in the treatment of deep burns of limited area” in 1999.

Since 1995 he has been working as a pedagogical assistant at Kaunas Medical University, since 1999 as a lecturer, since 2002 as an associate professor, since 2006 as a professor.

2016-2020 – President of the Lithuanian Society of Plastic and Reconstructive Surgery.

He has developed and implemented a number of treatment methods, trained students, formed a qualified medical team, is the supervisor and consultant of 15 defended scientific dissertations, and is a member of defence councils.

Under his leadership, the Department of Plastic Surgery and Burns at Kaunas Clinics of the Lithuanian University of Health Sciences Hospital has become a well-known centre in EU countries.

He organises and supervises scientific work on reconstructive burn and wound surgery, participates in international scientific projects and clinical trials of drugs and medical devices.

He has presented over 300 papers and invited lectures at international scientific congresses and chaired scientific sessions.

2008-2018 – Member of the Board of the European Society of Plastic, Reconstructive and Aesthetic Surgery (ESPRAS).

2008-2014 – Member of the Board of the European Wound Management Association (EWMA).

Representative of the Lithuanian Society of Plastic and Reconstructive Surgery in international organisations.

Member of the International Society for Burn Injuries (ISBI).

Member of the Council of Kaunas Medical University and the Senate of LSMU from 2000 to 2014, invited expert of the Medical Audit Inspectorate under the Ministry of Health of the Republic of Lithuania, member of the SAM College and various working panels. Adviser to the Mayor of Kaunas on health issues.

Register with Rytis Rimdeika by phone 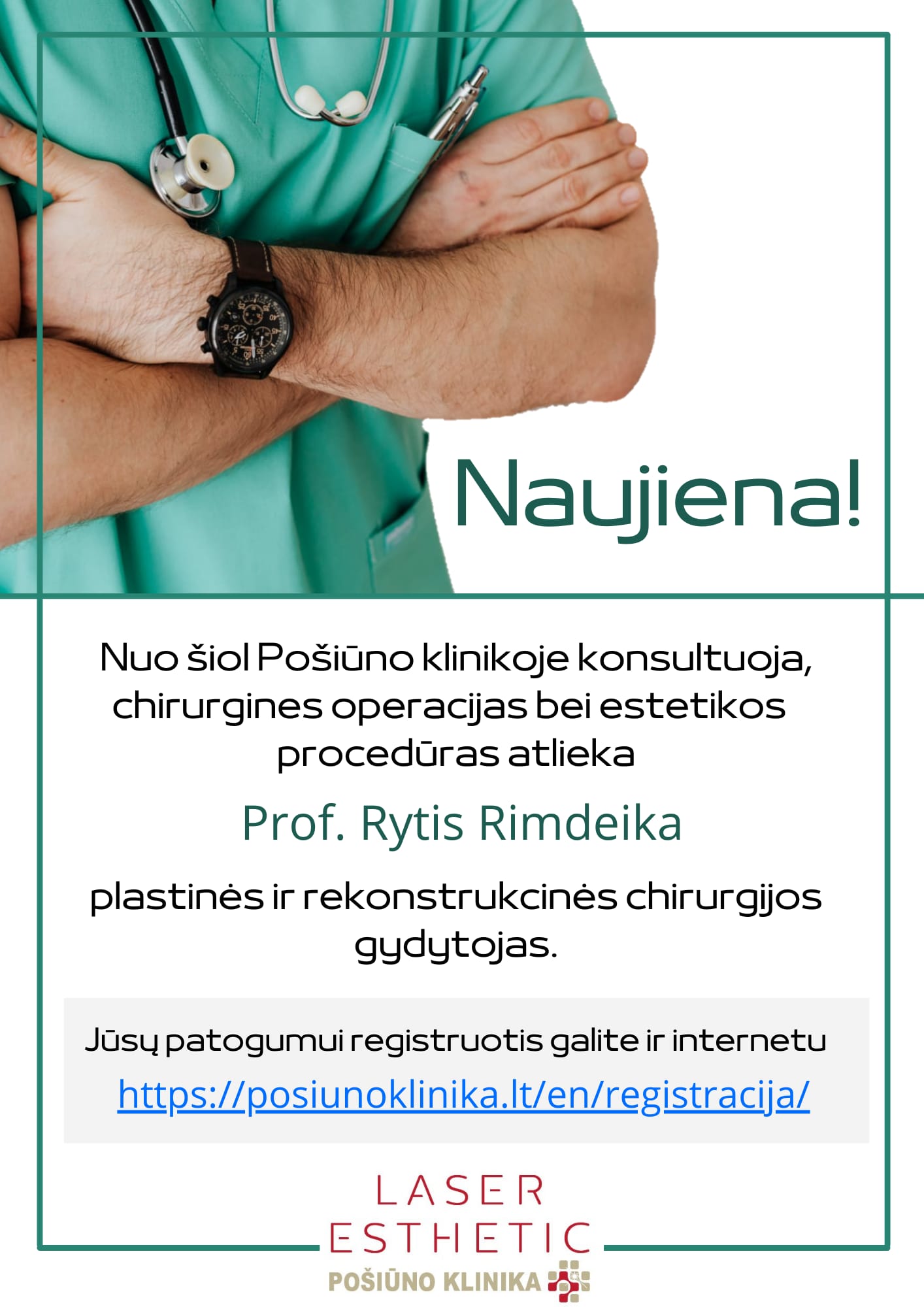